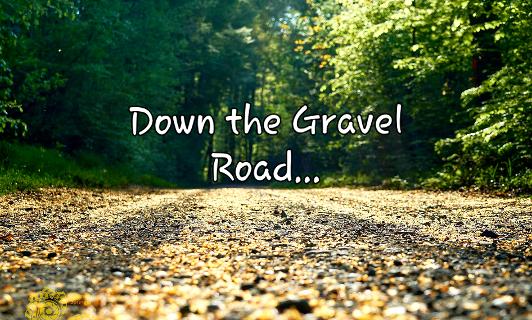 Visiting and "Wanderlusting" in Mentone, Alabama

I was raised in both the country and the “burbs” but my most memorable times were on the gravel roads of Mississippi and Alabama.  These were the days before internet and cell phones, malls and central air.  Summer nights were spent on sleeping porches with box fans, and days were spent playing at the railroad tracks, train-watching, hopping on the box cars as the engineer slowed the train (Yes, my cousins and I really did that!), catching tree frogs, chasing lightning bugs and playing hide-and seek in the cemetery.

I never knew we were poor.

I grew up, we moved and the roads changed from gravel to paved and streetlights took the place of the moonlight.  Modern life in the “burbs” wasn’t so bad.  At least we had air-conditioning and indoor plumbing.

So how did I end up in Mentone? Well, I was living in Florida but my professional career took me first to Montgomery and then, some years later, to Huntsville, Al.  Always a seeker of “the road less traveled”, I followed the backways and the gravel roads of Alabama to caves and mountains, white blanketed cotton fields and waterfalls.  Alabama back roads took me to a place half way between civilization and childhood joy.

I had to leave Alabama for a “career opportunity” in Jacksonville, Florida but those gravel roads of Alabama were always in my soul. When the world became too cluttered and complicated, I’d drive back and spend week-ends at Cheaha State Park.

Flash forward 20 years later and I’m getting married!  The road takes us, quite by accident, to the Sallie Howard Church of the Rock or “Howard’s Church” in Mentone, Alabama.

Then, this happens:  I quit my corporate job, decided I wanted to build a cottage in Mentone and share the love I have for this beautiful North East corner of Alabama.  In 2016 the building began and by January 2017, we were opened for our first guests.  The cottage was the first of 3 we had planned, hence the name Mountainwood Cottage(s).  We named the first cottage “Hitherside”.  If you go to the Sallie Howard, you will understand how the name was picked.

We have hosted over 350 guests since that time and the journey has been a true joy.  The cottage is down a long, tree lined gravel drive.  Perhaps my “ode” to the gravel roads I’ve traveled in life?

Mentone is simple and humble and unaware of it’s power to mock the soul-less world and take the visitor to a place that reminisces of a time 60 years ago - where music fills the nights, church bells ring in the distance, the train whistle echoes in the valley and the sun sets, ever so humbly, over the Southern Appalachians.

There has always been a gravel road in my soul.  Whether by coincidence or Divine Intervention, it brought me to Mentone.

Finally, the intent of this blog is to talk about Mentone, Alabama and the surrounding area, as well as offer general travel tips that might be helpful.

I would love to hear about your experience in Mentone and where the gravel roads have taken you?